Apple Gears for a Service-led Future as iPhone Revenue Declines

It’s no secret by now that iPhone is witnessing a year-on-year decline in sales. The once major driver in growth for Apple is no longer the highlight of Apple’s financial earnings report. Apple acknowledges it and was quick to revise its expectations weeks before for the financial report which followed this week.

For the first quarter of fiscal year 2019 that ended on December 29, Apple earned an overall revenue of $84.3 billion, down 5% when compared to the same period last year. However, this is inline with the adjusted revenue CEO Tim Cook announced earlier this month.

The report also revealed what everyone had been expecting, revenue from iPhone was down year-on-year by 15%. When Apple revised its revenue projection, it was primarily due to iPhone sales, particularly in China.

A future led by services

The Cupertino giant announced last year that it would stop reporting iPhone sales. The move was surprising. iPhone accounts for the majority chunk of revenue each quarter and this decision was confirmation of what analysts had long been suspecting.

Apple has been steadily planting seeds for a more service-based future. Apple now wants you to think of the overall health of the company and not just cherry-pick iPhone sales. One can argue that Apple clearly saw it coming and had the plan in motion for the day it comes to pass.

While it was disappointing to miss our revenue guidance, we manage Apple for the long term, and this quarter’s results demonstrate that the underlying strength of our business runs deep and wide.

As this earning reports, revenue from services was up 19% from last year. Overall, Apple saw an overall 19% increase in revenue around services, Mac, Wearables, Home, and Accessories. Apple also revealed growth in devices in every geographic segment they operate in, reaching an active installed base of 1.4 billion devices.

Apple holds a unique position in the smartphone industry, it has an ecosystem unlike any other. Android manufacturers lag behind Apple when it comes to software support. Most Android flagships have a [major] software support of up to 2 years, and even then the process to simply receiving the next Android update on a year older device can be long.

For iOS 12, the list of supported devices extends to include even the iPhone 5S; a phone which launched in 2013. There’s no living example of an Android phone dating back even four years which continues to receive major Android OS updates.

This very fact is one of the reasons why iPhone users are less likely to upgrade every year. Add in more expensive successors and tough competition, especially in markets like China and India, and you have a couple of factors that increment towards the decline in iPhone sales.

So, how do you continue to show good health to your investors? Focus more on services. CEO Tim Cook confirmed earlier that we’ll hear about new services this year.

Hardware is here to stay

Although iPhone controls the majority of revenue share for Apple as a company, it’s still part of the product lineup that includes Wearables and tablets. As a matter of fact, iPad sales grew 17% and Wearables, Home, and Accessories were up by 33%. Apple still holds a prominent position in those two spaces, a position that is arguably stronger than in the current smartphone space, in terms of the number of competitors.

Apple is a company known to put exemplary products, it’s why it faces the stiffest expectations. Services are going to be a larger part of Apple’s portfolio moving forward but hardware is not going anywhere. Apple continues to invest in its chip business, it even moved to making in-house GPU. Apple sees a future in Augmented Reality and future iPhones will continue to build on that as more processing power becomes available. 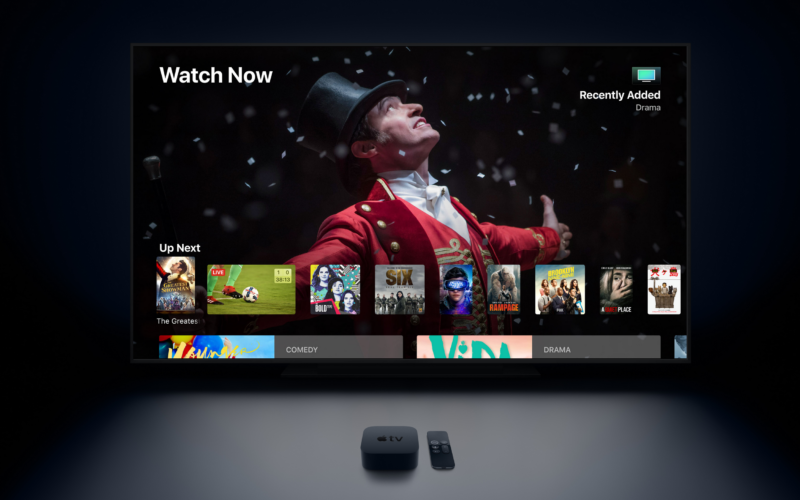