The speculation ends today, Santa Monica has finally announced that the highly-anticipated God of War will launch on April 20, 2018. The release date lands on the promised early 2018 window teased by Sony last year.

A new story trailer has also been released. Check it out:

The trailer shows glimpses of Kratos’ life after the era of greek gods came to an end. The ex-god of war now journeys into the realms of norse mythology with his son Atreus, and apparently the mother of the child is dead as the father and son are shown mourning over her corpse before finally cremating the body.

It appears that Kratos has not let his past life descend on his son, to whom he has not even shared the secret of his god-hood.

Announced also are the preorder goodies and physical versions that will be available on launch.

Preorder bonus includes three shield skins, and additionally, if you order through Gamestop or EB Games you will also receive Luck of Ages XP Boost. 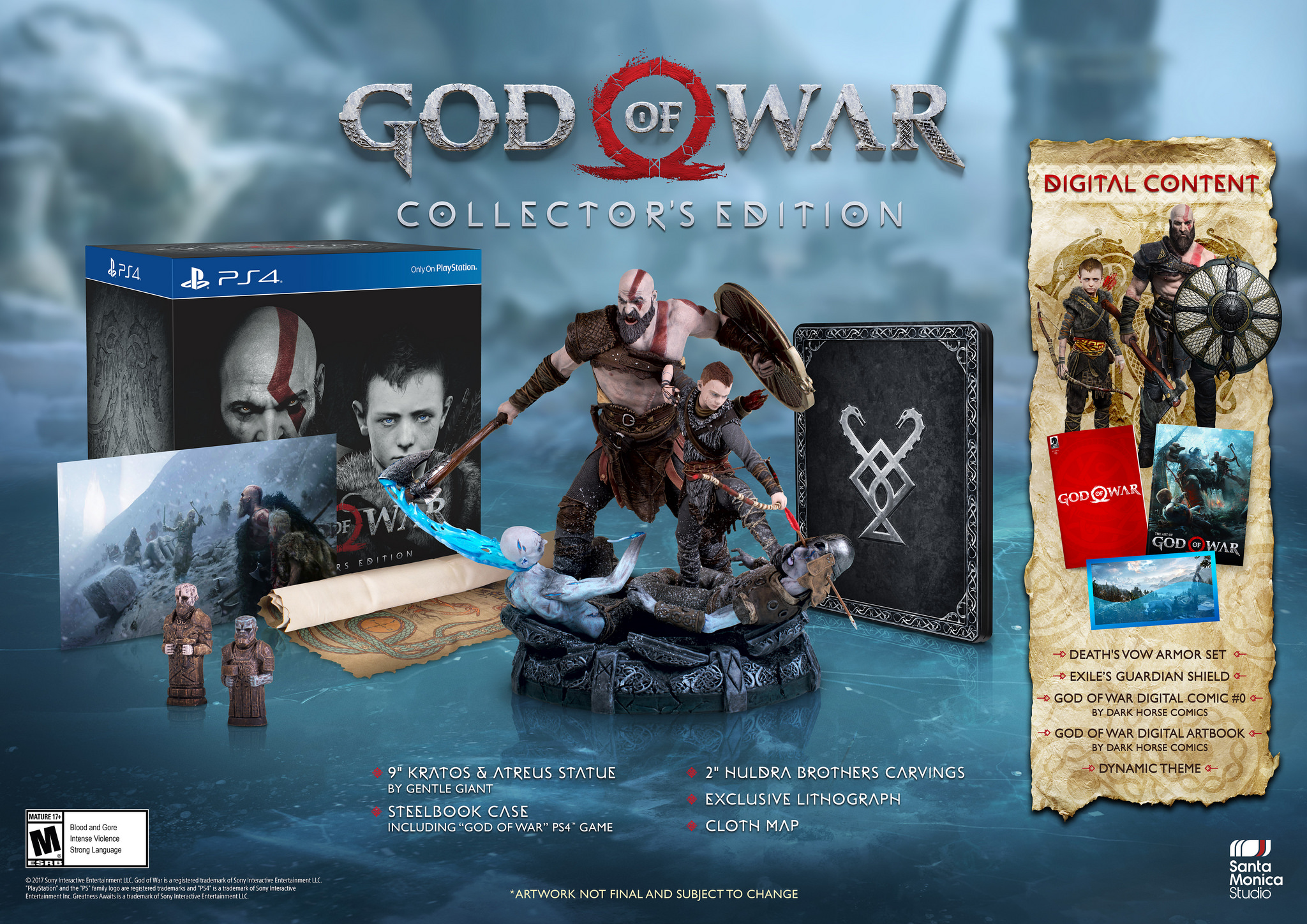 Stone Mason Edition ($149.99) includes all of the contents found in the Collector’s Edition and Deluxe Edition, but includes the following as well: 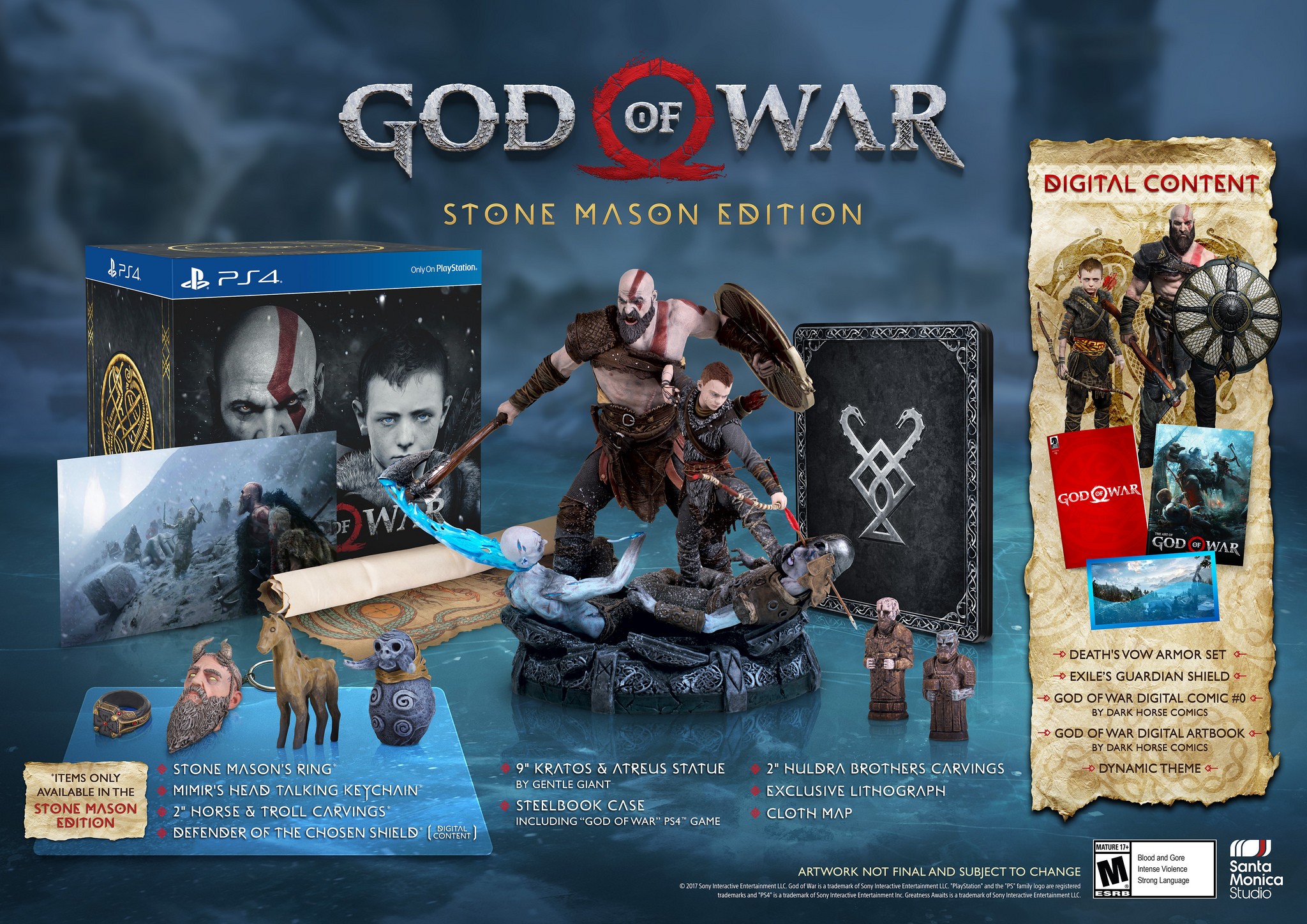